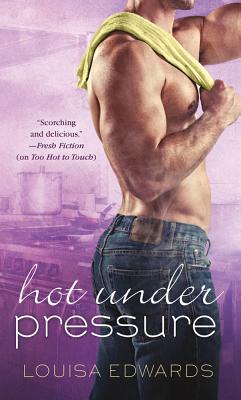 Loaded with the hottest dishes and sexiest chefs, the Rising Star Chef competition is about to boil over for one pair of all-star cooks who can't stand the heat -- of working so close together...

SHE'S THE ONE HE LEFT BEHIND

Henry Beck thought he'd already faced the toughest kitchen challenge of his life. After all, what could top sweating it out as a Navy cook on a submarine? But when he learns his competition for the title of Rising Star Chef is the sweet hippie girl he married...and left...ten years ago, the heat is on.

HE'S THE ONE SHE CAN'T FORGET

Now Beck and Skye Gladwell are going head to head in the finals...and sparking up old flames every time they touch. But Skye wants more than a win over the man who abandoned her when she needed him most -- she wants a divorce! Then her sexy almost-ex makes a deliciously dangerous proposition. He'll give in to her demands, but if his team wins the RSC, he has a demand of his own...one last taste of the only woman he ever loved.
Reviews from Goodreads.com