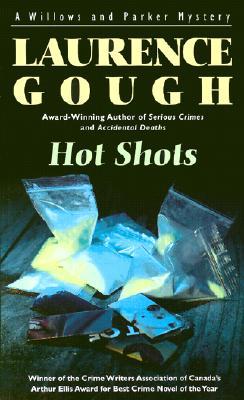 A valuable heroin shipment has been dumped by two panicky couriers. The swift execution of one courier serves as noticed that narcotics king Gary Silk is playing for keeps. But Al Paterson, the bankrupt businessman who stumbles across the drugs, doesn't know Silk's rules and decides to recoup his fortune with some illicit dealing.

For hot shop Vancouver cops Jack Willows and Claire Parker, the discovery of an abandoned bloodstained cars seems to have not relation to drug dealing, either professional or amateur...until a bullet-riddled body is pulled out of the harbor and they are drawn into one of the deadliest battles of their careers.
Reviews from Goodreads.com