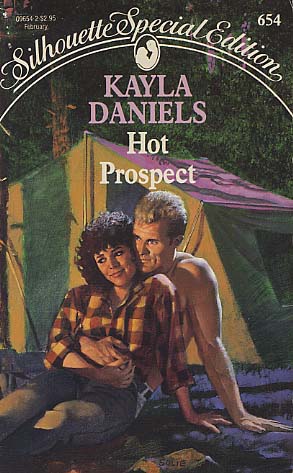 Reporter, my eye! Sneaky Ben Halliday had weasled his way into Sierra Sloane's cozy tent, claiming he was covering modern-day gold prospectors. The sexy schemer didn't even have a pencil! Sierra had panned enough fool's gold to spot a phony! Obviously, her powerful father was paying Ben to charm her back to, civilization.

Ben had to lure something out of Sierra--not Sierra out of the mountains. Unbeknownst to her, hidden in her possessions was evidence Ben's enemy would kill for. Much as he hated seducing spunky Sierra under false pretenses, Ben had to convince her that love was the hottest prospect of all . . . and that she'd struck gold . . . in him.
Reviews from Goodreads.com