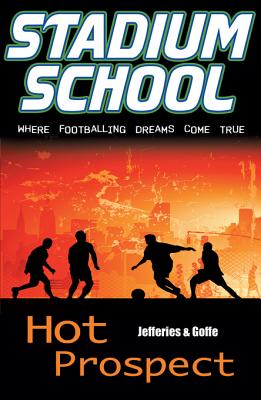 Stadium School is more than just a special summer course, it's a really
cool school that teaches its students everything about football. With
its state-of-the-art facilities, top coaches and location in the
grounds of a former football stadium, the school is the place for
aspiring footballers. And better still it's a co-ed boarding school, so
the kids can live and breathe football from morning to night.

Roddy Jones is the star of his school
five-a-side team, in which he plays alongside his best friend Bryn.
However, Roddy has bigger dreams. So when he is spotted by a scout for
Stadium School and invited to a trial he is determined to win a place,
whatever it takes. But even if he does get in, will his parents be able
to afford the fees and how will Roddy feel about leaving Bryn behind?
Reviews from Goodreads.com