Hot Johnny (and the Women Who Loved Him) — Sandra Jackson-Opoku 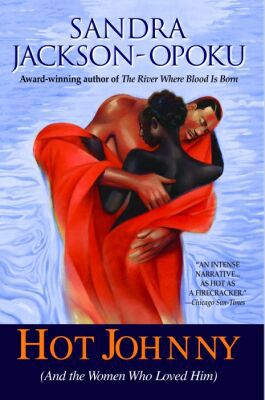 Like a ray of sun that can warm your skin for a moment but can't be captured, John the Baptist Wright has touched the lives of many women -- heart, body, and soul. Now, in this enthralling new novel by award-winning author Sandra Jackson-Opoku, we hear from the women who gave Hot Johnny his heat.

Each woman has a distinct voice and her own point of view. Among them is Destiny, the damaged young woman he married, but cannot save; Lola Belle, the white lesbian with something to prove and nothing to lose; Tree, the college soulmate, whose first taste of tenderness came from Hot Johnny's touch; Peaches, the prostitute who gave the boy his name and sealed his reputation; and Gracita Reina "Queen of Grace," his great-grandmother, who holds the key to Johnny's salvation. Each woman provides a piece of the puzzle that is Hot Johnny -- the result is a captivating portrait of a complex man who is both saint and sinner, hero and villain, and all the shadings in between.

A deeply felt and emotionally involving tale, Sandra Jackson-Opoku has done nothing less than illuminate the secret places of a man's soul -- and created a powerful novel of destiny and redemption. . . .
Reviews from Goodreads.com