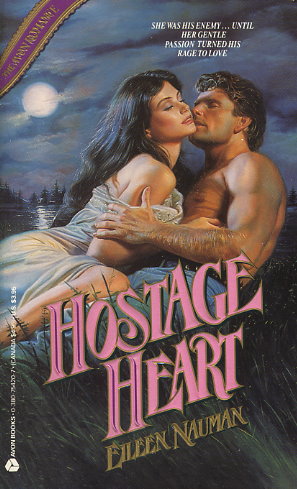 AN ENEMY'S LOVE
With both her parents dead, Lark Gallagher was a woman alone in a harsh world that scorned her -- daughter of a white man and an Apache woman. But she was determined to survive -- and to save the ranch that had been her father's dream.

Matt Kincaid was also a man with a mission -- to avenge the Apache murder of his wife and child. Yet when he was wounded and near death, it was the gentle hands of the wildly beautiful Lark that nursed him back to life -- and made desire rage in his heart. As the cruel vengeance of their two worlds threatened their very lives, they clung to each other -- until the past's bitter memories were lost in the magnificent fires of all-consuming love.