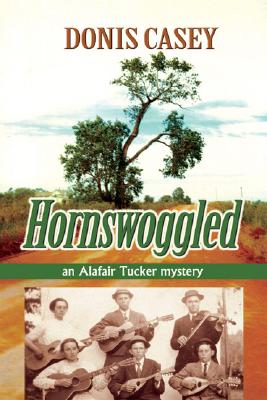 It's the spring of 1913, and love is in bloom for Alice Tucker. Alice's new beau, Walter Kelley, is handsome, popular, and wealthy. Everyone in Boynton, Oklahoma, likes him. Everyone but Alice's mother, Alafair. She sees that Walter has a weakness for the ladies--and they for him. Moreover, Walter's late wife Louise had been stabbed in the heart and her body disposed of in Cane Creek only a few months earlier. The murderer has not been caught.

The sheriff has cleared Walter of the deed--he has an alibi. But Alafair is not so sure that he wasn't involved in some way. Something literally doesn't smell right. Could it be Louise's tormented spirit signaling clues from the other side, or is Alafair scenting a more direct link to the crime?

Even if he had nothing to do with his wife's death, Alafair judges Walter to have been a bad husband and, with the help of her feisty mother-in-law, Sally McBride, Alafair sets out to prove to the headstrong Alice that Walter is not the paragon she thinks he is. You can bet that Alice has something to say back.

As she searches for the truth behind the death of Louise Kelley, Alafair uncovers such a tangle of lies, misdirection, and deceit that she begins to think that the whole town has been downright hornswoggled!
Reviews from Goodreads.com

This is the second book in the Alafair Tucker series. I absolutely love it. It's set in Oklahoma and it's spring 1913 in Boynton, Oklahoma. Love and murder are in the air, and unfortunately Alafair and her family are drawn into both. One of Alafair's daughters seems to be in love with a man that Alafair cannot trust or like, but Alice is adamant that she must have this man, even though he may be implicated in his wife's recent death. I love Alafair, and I love her down-to-earth outlook on life. The glimpses that these books give us of what life was like in a small town in 1913 are totally realistic and utterly enjoyable. Families were huge - Alafair and Shaw have 10 children, and all of them help around the house and the farm. It's a wonderful, warm, rambunctious family, and there is Alafair ruling the roost and keeping all her boisterous children in line. The mysteries are fun and a little tricky, and the whole time Donis Casey stays within her chosen time frame - never veering off or accidentally letting slip something that wouldn't have a place in 1913. The characters are so full of life and totally unforgettable. Bring on book 3. 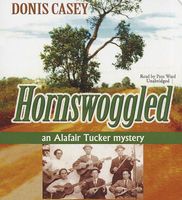