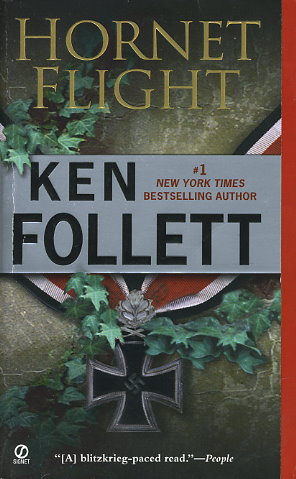 It is June 1941 and the war is not going well for England. Somehow, the Germans are anticipating the RAF's flight paths and shooting down British bombers with impunity. Meanwhile, across the North Sea, eighteen-year-old Harald Olufsen takes a shortcut on the German-occupied Danish is-land of Sande and discovers an astonishing sight. He doesn't know what it is, but he knows he must tell someone. And when he learns the truth, it will fall upon him to deliver the word to England--except that he has no way to get there. He has only an old derelict Hornet Moth biplane rusting away in a ruined church: a plane so decrepit that it is unlikely ever to get off the ground . . . even if Harald knew how to fly it.
Reviews from Goodreads.com

HORNET FLIGHT by Ken Follett is 416 pages in paperback form and 10 cassettes 1 1/2 hours each in audio form. I listened to this one and it was narrated by John Lee.


I loved this book. It had very interesting characters and you either really hated them or really liked them. I listened to this one and John Lee made the book come alive with the different accents for the Danes, English and German people in the book. Harald was a very interesting young fellow caught up in the war and didn't like the way that his country just let the German's occupy Denmark. He is the only one left to get information to the British about what he saw on the island.

I found it very easy to listen to this book as it flowed really well and all the characters were well drawn out. I felt like I had escaped into the past and was being told a story that could have been true. This was my first book by Ken Follett and I plan to either listen to more or read them. They will probably be moved up to the top too, as I really did enjoy this book about WWII. I could see this being made into a movie as the story would be an easy one to tell.

I am giving this 5 out of 5 stars and look forward to more books by this author.

The triumph of two kids who believe in their country and cannot stand the thought of the Germans taking over and destroying all that matters to them, is most amazing. I could not have done what those kids did. I could not have even begun to repair the strange plane, nor to defy those terrifying men in their jack boots and blank eyes. I would have helped a boy of my age in any way I could have without being discovered, but never as much as Harald needed. I would have been too afraid. And so I stand in admiration of such courage. And what does this say about the author? Goodness! What a master of words he is! Wow! 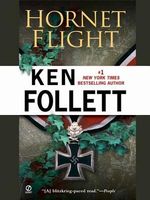 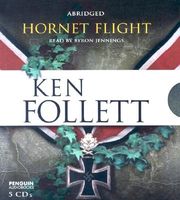 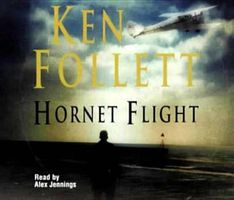 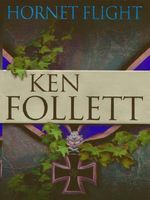 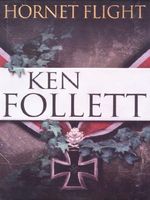