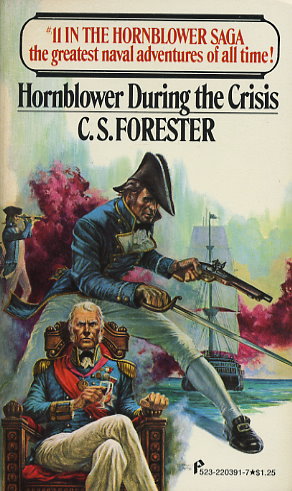 It is December, 1805. Napoleon's invasion barges have massed on the French coast. En route to Plymouth, after being relieved of his first command, The Hotspur, young Captain Hornblower helps take a French brig by ruse. Among the enemy captain's papers is a secret dispatch by Napoleon. Hornblower proposes a daring exploit to the admiralty. With a letter purporting to be from the Emperor, he will land on the Spanish coast, intercept the messenger from Paris, and force the French Admiral Villeneuve to face Nelson. With this web of intrigue he embarks on a daring mission to deliver Napoleon's fleet to Trafalgar ... where Admiral Nelson is waiting in ambush!
Reviews from Goodreads.com