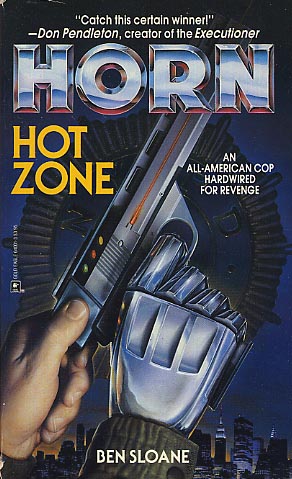 New York City 2025. A crumbling concrete wasteland where crime rules the streets. For a cop, it's an endless beat of violence on the edge of madness. For Max Horn, the madness came the day everything he loved died in a brutal nightmare, with nothing remaining but a face... a grinning blond specter who left him for dead.

But cold hard cash and the genius of an underground techno-doc gave him new life, replacing his shattered limbs with supertuned E-mods... outlawed mods that turned Horn into something extraordinary.

Now his beat is New Pittsburgh, a burned-out titanium-mining colony in space. A dome-covered hellhole of cheap pleasures and easy death. New Pittsburgh is where Horn will repay his debt of vengeance to the dark forces that stole his soul.
Reviews from Goodreads.com