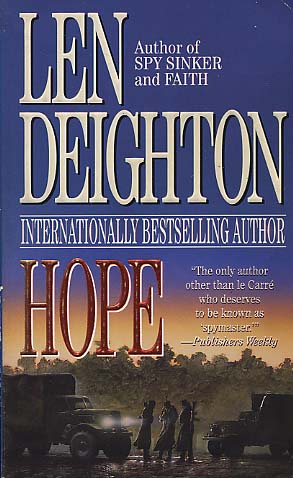 As the Berlin Wall begins to crumble, Bernard Samson is caught up in an ever-changing situation and the devious squabbles that infest the service. And as cold-war loyalties shift in the freezing wind, Samson is forced back into the "game" he longs to leave, this time without the certainty that evil lurks only on the other side. Caught between his job and his ethics, his past and his future, and the two women he loves, trapped in a maze of deception and danger where nothing is what it seems any longer, Samson undertakes his most dazzling mission yet--one that leads him from the seeming innocence of rural Poland, to the dubious heart of civilization that is London Central. In the end, he has only himself to depend on, only hope to keep him from harm.
Reviews from Goodreads.com