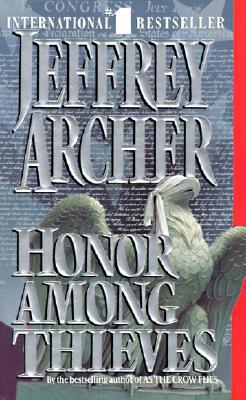 Spring 1994, Washington, D.C. - While the Clinton Administration grapples with its domestic policies, a sinister plot is being masterminded six thousand miles away in Baghdad. By using $100 million as bait and spinning a deadly web of corruption, forgery, and terror, Saddam Hussein seeks to embarrass the U.S. with the ultimate revenge: to steal a treasured historical document and then destroy it before the world's media - on July 4, 1994.

As the countdown to Independence Day begins, two agents stand in the way of his nearly flawless plan: Scott Bradley, a rising star in the CIA who is desperate to prove his patriotism, and Hannah Kopec, the stunning Mossad operative who has already lost so much that she fears nothing and trusts no one. Their unrelenting quest to prevent what would undoubtedly be the most humiliating day in U.S. history takes them across four continents and climaxes in a dramatic, triple-twist ending.