Honeymoons Can Be Murder — Connie Shelton 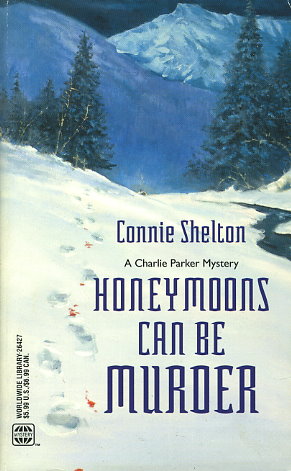 You may now kill the bride

Newly married Albuquerque CPA Charlie Parker finds herself honeymooning at the Taos Ski Valley in northern New Mexico when her helicopter pilot husband lands a job ferrying skiers to remote peaks. Though there's enough romance in the air without a mystery to spice things up, Charlie's drawn into the complex case of a five-year-old murder.

Ski instructor Eloy Romero is arrested for killing his brother when the gun used in the crime mysteriously turns up at a pawnshop. Charlie soon links Father Ramon Romero's murder to a treasure of stolen Vatican artifacts, and discovers the dead priest was anything but saintly. As the case takes more plunges and turns than a wicked downhill slope, Charlie feels the cold chill of an encroaching killer -- prepared to make sure the honeymoon is over . . . permanently.
Reviews from Goodreads.com