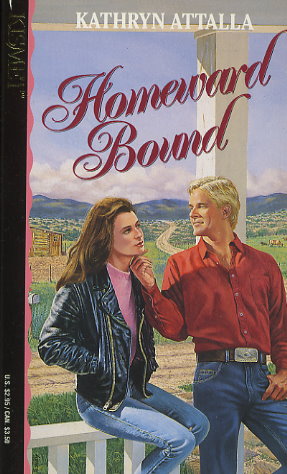 On stage, she was Leather, a rock and roll fantasy with a long mane of raven ringlets and china blue eyes that could melt any man's heart. Leather's music dominated the charts while the Queen of Flash strutted across the stages of America's arenas. She was a tease, a shameless flirt -- and a glittering illusion.

Beneath the makeup, Kate Costello suffered in silence. The music came from her heart, but she couldn't share her soul with millions of strangers. From the hollow ache inside her, Kate knew there was more to life than screaming fans and wailing guitars. Ten years ago, her mother had signed the contract that imprisoned Kate. At last, independence day had arrived. Free for the first time in her life, Kate reached a crossroads and turned down a country road toward New Mexico.

Jake Callahan did not want Kate renting the spare house on the Callahan farm. He had a teenaged daughter to raise, bills to pay, and cattle to tend. The last thing he needed was a helpless city slicker stumbling around on his property. Judging from her New York accent and imported sports car, Kate was a long way from home. And as far as Jake was concerned, she could turn around and hightail it back east -- the sooner the better!