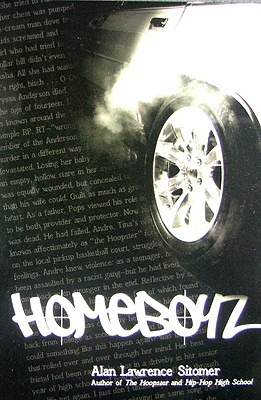 When Teddy Anderson's little sister Tina is gunned down randomly in a drive-by shooting, the gangstas who rule the streets in the Anderson family's rapidly deteriorating neighborhood dismiss the incident as just another case of RP, RT-wrong place, wrong time. According to gangsta logic, Tina doesn't even count as a statistic.
Teddy's family is devastated. Mrs. Anderson sinks into deep depression while Pops struggles to run both the household and his declining laundry business. The Andersons are shocked still further when Teddy is arrested and thrown in prison for attempted homicide after his elaborately laid plans for revenge against his sister's killer are foiled by the cops.
Teddy soon finds himself out of prison on house arrest, and in the capable hands of Officer Mariana Diaz, the smart, tough probation officer assigned to oversee his endless hours of community service. As part of the innovative rehabilitation program Diaz runs, Teddy is assigned to tutor Micah, a twelve-year-old orphan and would-be gansta.
As Teddy goes through the motions of complying with the terms of his probation, Diaz has no idea that he is using his genius-level computer hacker skills to plot his final vengeance and to defraud the state education system of hundreds of thousands of dollars. But even though Teddy thinks he knows it all, he fails to see how Micah's desperate need for love and trust just might have the power not only to pierce all Teddy's defenses, but to save his family.
Reviews from Goodreads.com