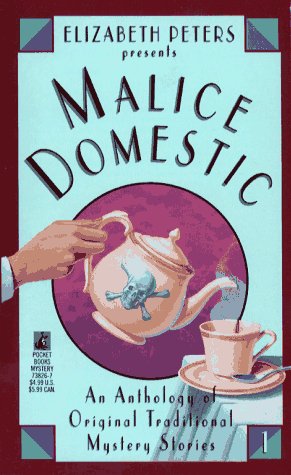 What qualifies a mystery as a Malice Domestic mystery? "'Malice' is self-explanatory, I trust," writes the acclaimed Elizabeth Peters in her introduction to this outstanding collection. "'Domestic' distinguishes the personal and private aspects of crime from the public and impersonal. Our murderers don't kill for the fun of it (serial killers) or for a misguided ideal (assassins and terrorists) or for pay (hired hit men). They only do in people they know and love (or hate)."

Gathered in homage to the most beloved crimewriter of all, Dame Agatha Christie, MALICE DOMESTIC 1 presents today's best mystery writers at the top of their form.
Reviews from Goodreads.com