Home Is the Sailor — Kathryn Blair (2) 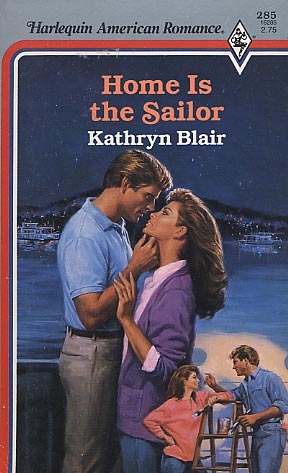 Some sailors have a girl in every port

At sea, merchant marine officer Christopher Weaver had everything under control, but on land it was anything but smooth sailing. He had a dilapidated houseboat, an errant son, an invalid mother and a crazy new neighbor who thought a puppy was the perfect cure for every ill.

Sarah Mitchell, founder of Puppy Power, certainly seemed to be right about a lot of things. But Sarah needed someone to love who would be all hers. And between living at sea six months out of the year, and his responsibility to his family on land, Chris didn't think he had enough left to offer. Could Sarah and Puppy Power prove him wrong?
Reviews from Goodreads.com