Home Is the Hunter — Helen MacInnes 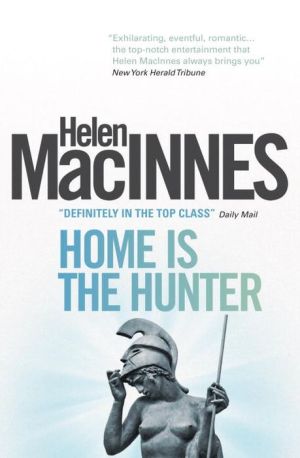 A New Comedy in Two Acts

What really happened on that day in 1177 B.C. when Ulysses finally returned home to Ithaca, after a seventeen-year absence?

The curtain [in this two-act play] rises on a rather irritated Ulysses, returning home penniless and alone after a tough voyage, to find that his palace is housing eleven quarreling young suitors, all scheming to possess his wife--and his land. And beautiful Penelope, feeling neglected, is busy fending off her hotheaded admirers while speculating on why it should take any man seven years to get home from a war.

Included in the cast are a testy Homer, annoyed by the discrepancies in the actual behavior of his loving couple and what he has written about them in his new book; Clia, Penelope's crusty housekeeper; and patient Athena, the Goddess of Reason, who is pretty fed up with irrational mortal behavior.
Reviews from Goodreads.com