Home Is the Hunter — Dana Kramer-Rolls 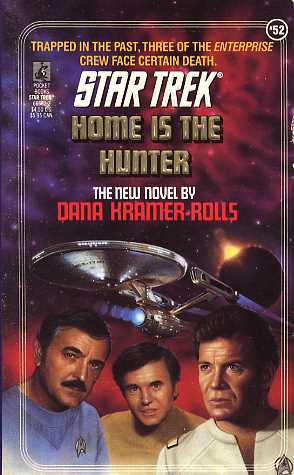 A dispute over a planet and its primitive people leads Captain Kirk and a Klingon Commander to pit their ships against each other in battle. But the fight is stopped by a mysterious and powerful alien being named Weyland, who decides to punish three Enterprise crewmembers with their own history. He places Sulu in feudal Japan during the period's most important and bloody power struggle, Scotty in 18th Century Scotland on the eve of revolt, and Chekov in WWII Russia.

Now, the three time travellers must face overwhelming dangers as they are pulled by conflicting forces: their allegiance to their homelands, their duty to the Federation they serve, and the demands of history.
Reviews from Goodreads.com