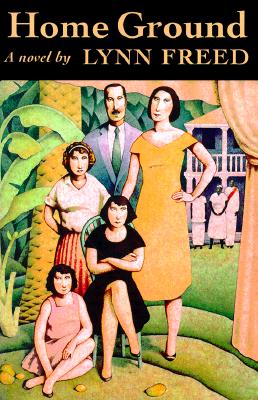 Share:
Set in South Africa in the ‘fifties and ‘sixties, this is the story of Ruth, youngest of three daughters in the flamboyant, theatrical Frank family. Brash, clear-eyed and passionate, Ruth moves through a decade of drama on every front -- the family, the servants, the theatre, and the country at large -- wondering always how she will escape into the “real world” at last.

"For protagonist Ruth Frank, home ground is a small town in South Africa in the 1950s, in the thick of a feuding theatrical family, where her parents play at "Happy Families" with the same fervor and artifice they bring to their professional productions. Freed is at her best when evoking Sarah and Roger Frank's powerful self-delusion and Ruth's painful realization that her parents are "deaf and blind" to their alienation as a family, as Jews in British colonial society and as whites on a turbulent black continent. The author's ear for dialogue is perceptive, as is her depiction of the Franks' pathetic, uneducated, white lower-class neighbors and the desperate squalor and rage of their black servants. Ruth's coming of agefrom eight to 18serves as the framework for the novel, but the narrative is too insubstantial to sustain the 10-year time span. And the underdeveloped motivation for the vicious sibling rivalry between Ruth and her sisters is less than satisfying."
Copyright 1987 Reed Business Information, Inc.
-- Library Journal

"This first person coming-of-age novel takes Ruth Frank, a Jew growing up in South Africa in the 1950sfrom a brash 8-year-old to a plump, pimply adolescent to a head-turning 18-year-old with her first lover. Ruth, the youngest of three daughters of theatrical parents who play at "Happy Families" at home, worries about, among other things, her future, sex, her parents, money (the Frank family wealth also is illusory), and violent black revolution. Looking for the truth about her family, which values appearance above all, and about her segregated country, she is nurtured by the family's black cook, encouraged by a noted British actress, and supported by an Indian friend and her close-knit family. In this warm, well-constructed novel, the South African locale adds depth to Ruth's universal concerns about growing up." Michele Leber, Fairfax Cty. P.L., Va.
Copyright 1986 Reed Business Information, Inc.
-- Library Journal