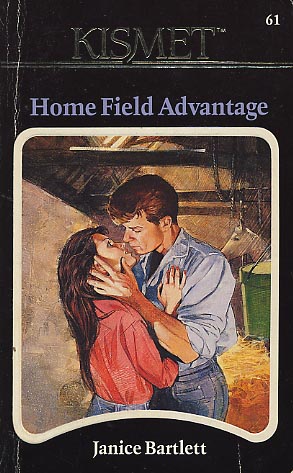 When knee injuries forced John McRae to end his pro-football career, he wasn't quite ready to leave the sport. Fortunately, one TV producer was eager to sign up the tall, broad-shouldered hunk as a commentator for football broadcasts. The only problem was that the overnight trips took him away from his daughter Emma. In the tune since his wife had passed away, John had forged a solid relationship with Emma. But how do you make a five-year-old understand the demands of the business world?

Then John interviewed Marian Wells, a woman whose daycare business centered on TLC, and his problems seemed to be solved. Emma adored her new sitter, and John soon found himself all the toddlers entrusted to Marian's care. With eyes as dark as midnight, a creamy complexion, and a soft, kissable mouth, Marian was a beauty -- a dream of a woman who was constantly surrounded by the watchful eyes of children.

Marian Wells had some problems of her own when she met the former football star. But once she saw Emma, Marian couldn't say no. Emma seemed so lost, John sounded desperate, and Marian needed the extra money. The only hitch with Emma was her attractive father. John's slow, rough voice and penetrating gray eyes reminded Marian of the sweetness and passion that was possible between a man and a woman. John McRae had been a force to be reckoned with on the football field. And from his sparkling eyes, Marian sensed that this was one man who would play every game with power and passion.