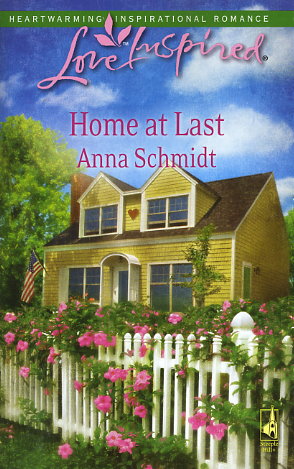 It couldn't be home for a man like Daniel Armstrong. After all, he has a luxury hotel to run and a rebellious daughter to rein in. But his mother needs help on her cranberry farm, so he packs up his daughter and returns to his hometown--temporarily.

But once there he finds his mother has hired another helper for the harvest. Jo Cooper is capable, smart and irresistible--and she's not about to let Daniel and his overindulged daughter get in her way. Besides, Daniel's not there to fall in love. And he's definitely not looking for a place to call home....
Reviews from Goodreads.com

Meet Jo Cooper. She's 36 and still single, but she doesn't let that stop her! She isn't your average everyday lady of leisure, she works hard on Cranberry farms. Since her mother's sudden death, she had helped take care of her six brothers, but they all decided it's time for her to get away - and sent her to Nantucket on temp job for Mrs. Ella Armstrong who's dream is to have one more Cranberry harvest...

Meet Ella Armstrong. She is in her 60's but still determined to keep up the business her husband started so long ago. She's also determined to live out the rest of her days on her farm. When a fall causes her to have hip-replacement surgery, she enlists Jo Cooper to help her fight against her son who wants what's best for his mother - and he doesn't believe it's the Cranberry farm!

Meet Daniel Armstrong. After a summer romance sends him to the alter with a snobby woman who is now filthy rich, they have a daughter together and then divorce. His ex is still a big part of his life and he finds himself having to be the "tough" parent in the raising of their snobby sixteen year old daughter who is now misbehaving. A phone call from his ex-wife sends him to Jazz's boarding school where she has been expelled. After packing her up and taking away her electronic devices, he gets a second phone call about his mother's illness - and that sends him home to the Cranberry farm!

Meet Jazz, Daniel's sixteen year old daughter who is quickly following into her mother's footsteps. Her mother is her friend and gives her everything she wants. Her father sees her for the spoiled rich girl she is and hopes the Cranberry farm will show her that there's more to life than cell phones and getting into trouble with her snobby, rich friends.

This was a WONDERFUL story! It was much more than a romance, which happened very slowly, by the way. This is about Daniel's learning what's really important in life as well as Jo learning that she can have her dreams come true! Jazz also does a wonderful job in learning what's important. There's plenty of kissing in this book, for those who like the kissing (and I do!!!) There's a lot of sacrifice too. What Daniel did for his family and Jo sent me to tears! I'm glad he was able to figure out where his place was in life,

I must admit I was a bit worried in the beginning at Daniel's lack of discipline with his daughter. After what she did, she deserved a much harsher punishment, and not only that, but he should have NEVER allowed Jazz to talk to Jo like she did. I think some serious punishment should have happened there...But I think they all learned the important things in the end...

...and they all lived happily ever after!

By the way, the print in this book was small, but I just used a magnifying glass. i don't mind!!! The size of the print did not take away from the quality of the story! 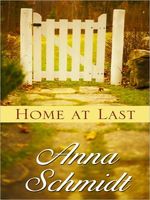