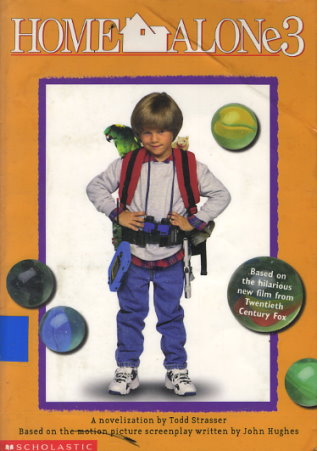 "This is my neighborhood and this is my house..."

Eight-year-old Alex Pruitt gets stuck at home with the chicken pox. There's nothing to do except play with his telescope, or mess around with the stupid toy car that his cranky neighbor gave him as payment for shoveling her driveway.

Then Alex's mother is called to her office, leaving Alex home alone. That's when he looks through the telescope and sees burglars breaking into a neighbor's house! No one believes him, so when the burglars return, it's up to Alex to defend the neighborhood! Then he discovers a U.S. Air Force microchip in his toy car -- and realizes that the burglars are really after him!