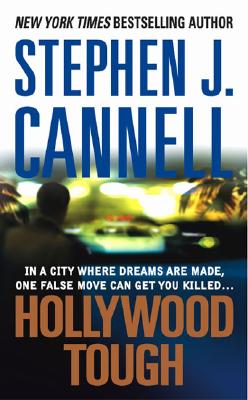 Detective Shane Scully is back in the good graces of the department, hailed as a hero after bringing down a deadly gang of rogue cops in The Viking Funeral. At a glamorous Hollywood party with his new wife, Alexa, Shane overhears a famous producer make a suspicious remark about the strange deaths of his two ex-wives. Is he serious or merely joking around with his coterie of hangers-on? This becomes more than just police business, because the party is to celebrate the engagement of the producer to Alexa's closest friend.

Against his wife's wishes, Shane begins to look into this heavy-hitter's past. At the same time, he becomes aware of a high-profile wiseguy's attempt to control Hollywood's unions. He initiates an elaborate and expensive sting operation, actually setting up a phony production company to produce a bogus movie at LAPD expense. The plan is to draw the starstruck wiseguy into revealing his real purpose for coming to L.A. But before long the overbudgeted movie is rocketing into production. Tough, streetwise Scully, who thought he'd seen just about everything, is astounded by the distorted egos and total insanity of the movie business, and while he struggles to keep his sting operation from spinning wildly out of control, he and Alexa find themselves and Shane's teenaged son, Chooch, involved in something much bigger than they had ever imagined, something that puts all their lives on the line.
Reviews from Goodreads.com