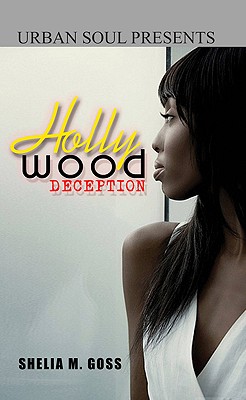 Two friends, one woman, and one deranged fan.

Former supermodel and talk show host Hailey Barnes has a knack for catching her guests off guard with difficult and personal questions. Her tough interviews have earned her a Daytime Emmy, but while her professional life is at its peak, she's not satisfied with her personal life.

Hailey wants what she can't have, and that's her ex-college sweetheart's hand in marriage. Her on again/off again relationship with Trevon keeps her name in the tabloids, and that works for her, until she receives a wedding invitation in the mail--inviting her to Trevon's wedding to another woman. He's ready to settle down, just not with Hailey.

Besides dealing with a broken heart, the ex-supermodel is dealing with a deranged fan who has resorted to sending her disturbing mail at her Hollywood studio and her home. Hailey decides to use the opportunity as a quest to convince Trevon she should be his bride.

Trevon and childhood friend Garrett Morgan are co-owners of GT Securities, a security firm that caters to celebrities. Hailey's plan backfires when Garrett heads her case instead of Trevon. When ex-playboy Garrett starts developing feelings for Hailey, Hailey's life becomes even more complicated. As Garrett investigates, all evidence points to the person Hailey least suspects.

With fans like this, who needs enemies?
Reviews from Goodreads.com