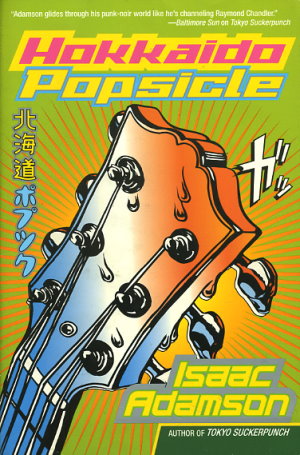 After an altercation with the director of Wildman for Geisha! -- a movie based on ace reporter Billy Chaka's life -- Chaka finds himself in Hokkaido on mandatory vacation. Trouble starts when the elderly porter of the Hotel Kitty stumbles into Billy's room and dies. That same night, the lead singer of Japan's most popular rock band turns up dead in a sleazy love hotel in Tokyo.

Billy Chaka goes to Tokyo to cover the story for Youth in Asia magazine and soon finds out there's more to the rocker's apparent drug overdose than meets the eye. A Beatles-obsessed record executive, a mute DJ, two giant kickboxing twins with an encyclopedic knowledge of pop music, a Swedish stripper working at the Purloined Kitten Club -- each play a part in the hard-boiled hilarity that ensues as Billy Chaka discovers that the rock star and the elderly hotel porter just might share a very strange link.
Reviews from Goodreads.com