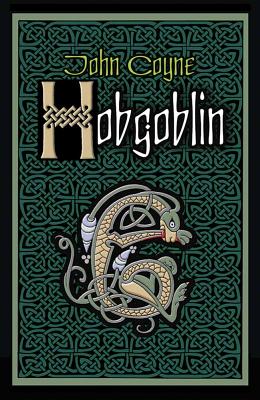 Scott Gardiner--shattered by his father's death, harassment by classmates, and his mother's involvement with a colleague researching the heritage of an ancient castle--slips gradually into a horrifying world of dreams.

Scott Gardiner is already shattered by the demise of his character in a sword-and-sorcery fantasy. When his father dies at almost exactly the same moment, the line between nightmare and reality begins to erode.
Scott and his mom attempt to start over by moving to Ballycastle, a medieval Irish manor house rebuilt on the banks of the Hudson. A new role-playing game captures Scott's imagination: Hobgoblin, in which he takes on the identity of the legendary Irish hero Brian Borù. Before long, he's seeing a black annis ― a terrifying creature of Celtic myth ― darting about the estate. Scott plunges deeper and deeper into the dreamlike allure of Hobgoblin until more than just his sanity is at stake and he is forced to rescue others from a dark power.
Reviews from Goodreads.com