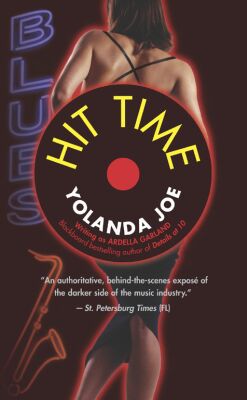 Record Row, Chicago: Hit Time Records was one of the most renowned and cutthroat companies in the music business. So when its head honcho Fab Weaver turns up dead, Georgia Barnett gets right on the case. When suspicion falls on Jimmy Flamingo, a close family friend and struggling blues guitarist, Georgia enlists the help of her spirited twin sister Peaches, a local nightclub owner and performer, to prove Jimmy's innocence.

Georgia's hunt for evidence that will clear Jimmy's name transports her into a bygone era when Chicago was the hub of the African-American music scene and Record Row was even more prominent than Motown, giving the world such legends as Etta James and Curtis Mayfield. As Georgia, Peaches, and handsome Detective Doug Eckart investigate the elaborate scheme behind Fab Weaver's murder, they uncover the shocking truth about Record Row's success and change the face of music history forever.
Reviews from Goodreads.com