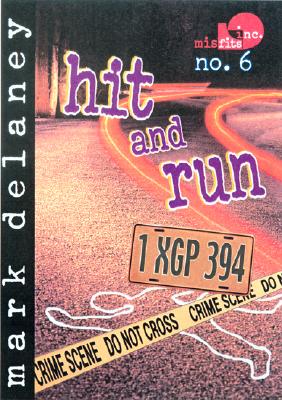 
Meet Misfits, Inc. Investigations: Peter, the genius; Jake, the athlete; Byte, the computer whiz; Mattie, the “magician.”
These four teenage super-sleuths have a knack for uncovering and solving unsolvable crimes. An appeal from an old friend lands the young detectives in the middle of a mystery surrounding a hit-and-run accident.
What at first seems like a routine investigation quickly turns dangerous as the four teens find themselves caught in a complicated plot involving a gang-controlled car-theft ring, frightened law-abiding citizens, and a twisted plan for revenge. For Mattie, the case is also uncomfortably personal, and one that provides an unwelcome reunion with the mother he has not seen in years. Now Byte, Peter, and Jake must work fast to stop an innocent woman from going to prison while Mattie must learn an important lesson in forgiveness.
Featuring an engaging group of outcasts with varied interests, each book in the Misfits series offers an intriguing mystery, supported by Delaney’s well-paced plot and believable dialogue, that will keep readers captivated to the very end.