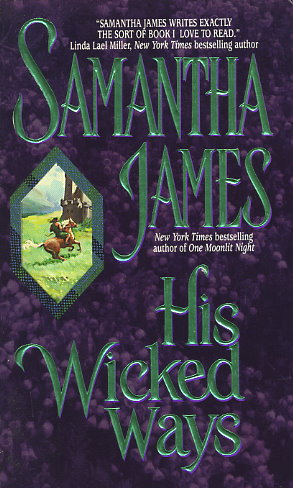 From across the Scottish Highlands strides Cameron MacKay, the last member of the once powerful Clan MacKay. Handsome, fearless, and determined, he is a man who catches the eye of many a woman... yet he has but one goal--to find Meredith, last daughter of the Clan Munro...and force her to provide him with an heir.

When Cameron MacKay kidnaps Meredith from the gentle confines of the priory where she has sought refuge, he discovers that he is powerless to resist her tender beauty and is captivated by her bold bargaining for her freedom. And although she is the precious daughter of his sworn enemy, Cameron finds himself tempted to abandon his quest to bend her to his will.

Meredith had vowed long ago never to trust any man...for men and their ways cause pain to those they love. Her head told her not to give in to the dangerous desire she felt for Cameron; but her heart hoped that he had finally abandoned his wicked ways...
Reviews from Goodreads.com