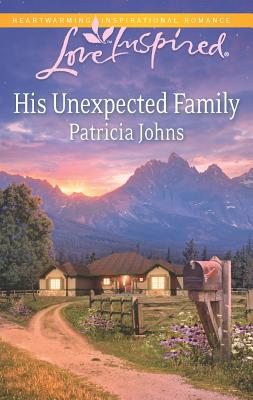 When a baby is dropped into her life without warning, Emily Shaw is overjoyed. It's a bit odd that her distant cousin named single Emily as guardian, but she's thrilled all the same. She never thought she'd get to be a mom. Another unexpected blessing is that baby Cora arrives in the arms of police chief Greg Taylor. Despite all three of them instantly bonding, Greg has promised himself he'll never be a father. And now Emily's smooth-talking relative is challenging her right to raise Cora. Will Emily have to make an impossible decision between the child she already loves and the man who loves her?
Reviews from Goodreads.com

What a great story! Chief Greg Taylor is the one who delivers the motherless baby girl into her new guardian's arms. Her mother was killed in a car accident, and she'd named her cousin to take care of her daughter. This story is a sweet one about a woman who cannot have children of her own to get the only chance to be a mother, a police chief to learn that he may be father material after all, and a mystery surrounding the death of a young mother. Absolutely wonderful!