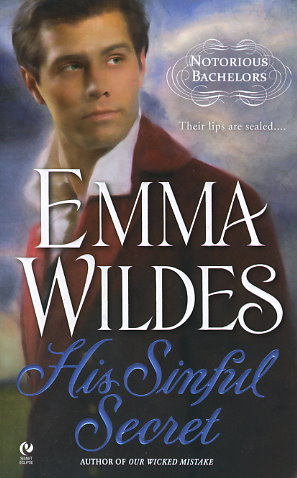 SOME SECRETS CAN BE SHARED ONLY BEHIND CLOSED DOORS.

The art of deception didn't baffle Michael Hepburn, but innocence did. His new wife was trusting, lovely, and, to his amazement, utterly bewitching.

Julianne Sutton had always known she would wed the Marquess of Longhaven, as arranged by both families years earlier. She'd assumed, however, that it would be the affable ducal heir Harry who would be her husband, not his enigmatic brother. When Harry died unexpectedly and Michael took his place as the new marquess, more than just her plans for her marriage were altered.

Michael battled a ruthless enemy in a game of espionage and deceit, but when he discovered that his new wife might have secrets of her own, he quickly learned that love had an entirely different set of rules....

This one was better than the other two, but still not emotions and connections between the characters. In all the books, the sub characters stole the show. I was more interested in them than the main ones.