His Secret Past — Katie Reus 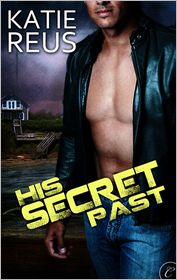 Six years ago, Alexis Baptiste's world was turned upside down when Hunter Cassidy disappeared without a trace, leaving her alone and pregnant. She's finally moving on with her life when he resurfaces, just in time to rescue her from a would-be assassin. Forced to join him on the run to protect herself and her young son, Alexis is now in even more danger: danger of falling for Hunter all over again.

Betrayed by rogue CIA agents after infiltrating an infamous drug cartel, former DEA agent Hunter Cassidy has spent years trying to clear his name. He's not proud of the things he's done, and knows he doesn't deserve a future with Alexis, or the son he never knew he had, but he's determined to protect them from the men who ruined his life. Convincing Alexis to trust him -- and denying his feelings for her -- is going to be the hardest mission he's ever faced.