His One Woman — Paula Marshall 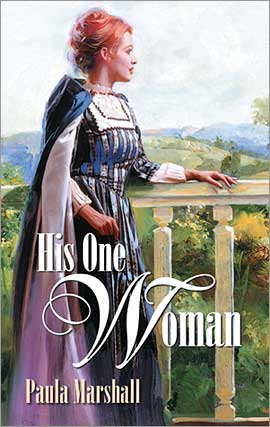 Civil war in a nation...and in a family!

Jack Dilhorne was in Washington, D.C., on business just as war was being declared between the North and South. It was not the best of times to meet someone as intriguing as Marietta Hope.

Marietta's reputation preceded her: Jack expected her to be an embittered old maid. He was delightfully surprised to find her a bright, witty and good-looking woman. But as Jack and Marietta grew closer their love came under threat from war...and from an enemy much closer to home!
Reviews from Goodreads.com