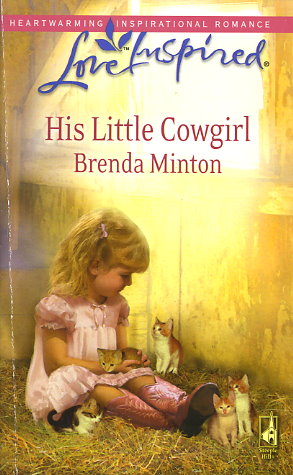 The adorable girl in pink cowboy boots is his child? Six years ago, rodeo star Cody Jacobs left the woman he loved without looking back. Now, with newfound faith, he's come to make amends--only to discover the daughter he didn't know about. Struggling single mother Bailey Cross is rightfully wary to trust him with their child's heart--and her own. But Cody's not running away again. Hearing his little cowgirl call him "Daddy" has changed him. Suddenly, something else is more important than riding bulls and winning titles: a first chance at fatherhood. And a second chance at love.
Reviews from Goodreads.com

Bailey Cross: She met up with a cowboy six years ago while visiting Wyoming for the summer. By the end of the summer, she was alone and pregnant and her heart was broken. Now she's taking care of her cancer-ridden father and her five year old daughter while trying to save her farm. Money is tight and her hopes are quickly dying.

Cody Jacobs: He's been in AAA now for seven months, sober for six. He's found the Lord and turned his life around. But when he showed up at the Cross farm to fulfill one of his steps in the program he found there was something there waiting for him. The moment he saw the little girl, he know that she was the result of his wild summer with Bailey - the one he'd hurt. But as a changed man, he was determined to make his responsibilities seriously. Now if only he could convince Bailey...

Meg Cross: She loved her cowboy boots and the kittens in the barn. When she learned Cody was her Daddy, she fell in love with him as well. But her heart was fragile. She was about to loose her grandfather and feared her father would go away again.

Jerry Cross: He's the father of Bailey and the grandfather of Meg. He knew he was dying, but couldn't leave until he knew his two girls would be taken care of. Perhaps Cody was the person God had sent to answer his prayers.

This was a sweet story about a rodeo star who was learning what was important in this life. It wasn't all about championships for riding bulls - there were some things much more important!

Bailey did get on my nerves a bit. Cody kept telling her he was staying for his daughter, but she kept at him about that. I grew tired of her constant jibbing that he could move on down the road, and her getting mad for spending money on his daughter...

I will warn that there is a very sad part in this book. Though it's expected, it happened quite suddenly (and I figured it was going to happen just before it did). The moments following this are very dramatic and will make you cry! But hang in there - it gets better. The ending is well worth the wait!