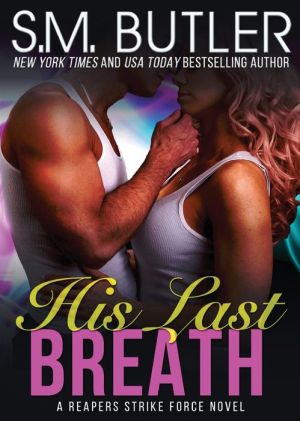 The Reapers aren't exactly what they seem. They're the most elite of the world's fighters--but all they have in common is that their countries and their families can never know that they exist.
Christopher Hardy has spent the last two years in self-imposed exile with a team he built from the ground up. A former SEAL, he was medically discharged after a near-death experience. But a brand-new procedure made him whole again and now his mission is to save the world or die trying. There's no room in there for love, not to mention it's against the rules.
Abigail Lewis hasn't seen Chris since the day he rescued her five years ago. He's changed, grown darker and more dangerous than she remembers, but somehow that just seems to make him even sexier. But Chris is a high-risk heartache waiting to happen, and she's got bigger problems to worry about, like not getting murdered.
Every moment they spend together becomes more and more incendiary, both for their lives and their hearts. Trust doesn't come easy and secrets have a way of getting out when you least expect it.
Reviews from Goodreads.com