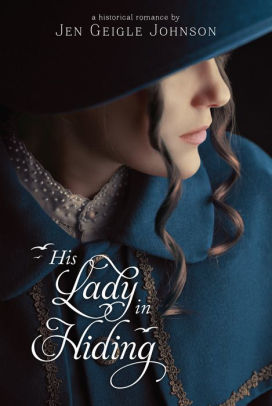 Lady Elizabeth Davenport is desperate. Her hand in marriage has been offered to the highest bidder, a distressing proposition in and of itself but made all the more repulsive when she meets her father’s first choice for her hand: Lord Pinweather. When her parents refuse to hear her pleas, Liz is forced to take drastic measures—she will impersonate her maid and begin anew in America on her own terms.Once on board the ship to America, another passenger, Lord Barton, almost immediately discovers her true status as a noble. After listening to Liz’s highly modified version of her life and her plans to begin again, Barton has compassion on her and teaches her how to abandon her noble mannerisms. Upon disembarking, however, Barton’s generous spirit quickly dampens when he discovers Liz has indeed found work—as his own head housekeeper. Suddenly, the tender feelings they hid from each other on the ship are inescapable, but their difference in station makes romance impossible. As misunderstandings abound and a shocking character from Liz’s past looms, she knows she can’t hide her true identity forever. But as her deception begins to unravel, will her charade cost her the man she loves?
Reviews from Goodreads.com