His Kind of Trouble — Vivian Leiber 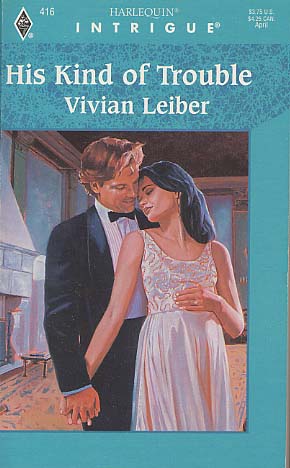 The last person Austin Smith wanted to guard was a pregnant woman. Especially one he'd once been in love with. But he was duty bound to watch over Tarini Schaskylavitch; he'd promised his buddy - and Tarini's ambassador fiance - that he'd protect her and her royal heir as his own. No matter what the cost.

With a price on her head, Tarini had no choice but to turn to Austin - a man she'd loved and once betrayed - for safety. Not only was her life at stake, so was her unborn child's. But while supposedly devoted to one man, Tarini was deceiving another. What would Austin do if he discovered the precious secret she was carrying?
Reviews from Goodreads.com