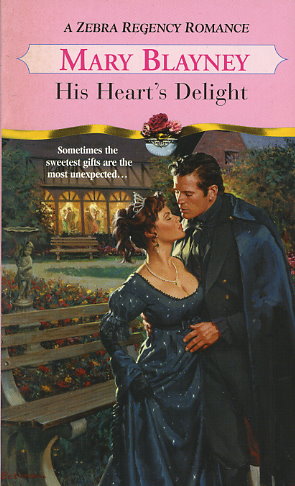 THEY WERE ONLY PLAYING AT ROMANCE...
Morgan Braedon has plans for his future, and not one of them includes a wife. Yet his imperious father is demanding that he choose a bride from this Season's marriage mart--or lose his financial support. What Morgan needs are a few winning hands at the gaming tables, not a season of romantic entanglements! Maintaining the illusion of a courtship will be impossible, Morgan thinks. But that's before he meets lovely Christiana Lambert, a miss after anything but his heart.

...UNTIL LOVE MADE SPORT OF THEM BOTH
Christiana can't deny that London will offer the kind of excitement the country sorely lacks, but she's determined to avoid attracting the attention of potential suitors. Yet, it's unquestionably sensible to pretend that she's entertaining the possibility of a romance, if only to please her parents--and handsome Morgan Braedon is quite conveniently prepared to help her. Yet when their staged flirtation becomes something far deeper, Morgan and Christiana cannot deny that love may have taken them both by surprise.
Reviews from Goodreads.com