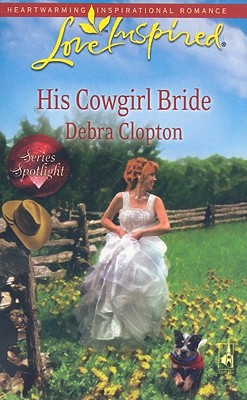 Tacy Jones had come to Mule Hollow to learn how to train wild horses. But former rodeo champion Brent Stockwell might as well carry a sign saying ""No Cowgirls Allowed."" If Brent doesn't think ladies belong in the pen, determined Tacy will just have to change his mind. When Tacy learns the secret behind his stance, she longs to help him heal. She's ready to show the handsome cowboy that taking a chance on your dream is what life -- and love -- is all about.
Reviews from Goodreads.com

From the moment she opened her mouth, I knew that I wasn't going to like her. I thought she was very childish, pushy, and very disrespectful! I was also disappointed in advise Lacy gave her about how to handle Brent. What ever happened to respect??? Tacy had something to prove, and nothing was going to stand in her way. There was no reason for her to hold back truth that was only revealed at the end of the book - that was unfair for Brent!!! I think her final attempt to prove herself (can't get anything away) was STUPID! I think that Brent should have given her a tongue lashing, not admitted to the fact that he'd been wrong all this time!

Like I said, if she wants to be a horse breaker, all power to her. But I think she should accept Brent's reasoning and be a bit less selfish!

I loved the men vs. women pumpkin chunkin' contest! That was pretty cool. And I really liked Brent, in spite of his hang ups. I thought he was a lot more mature about his then Tacy was of hers... 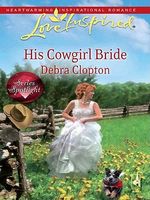