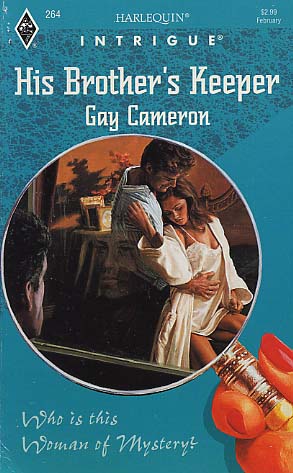 His brother was a criminal ...

...and he was the law. Just when Trevor Steele discovered he had a brother, he was assigned to investigate his criminal acts and suicide. And to get the information the Feds were sure his not-so-grieving widow possessed.

Casey Michaels's marriage hadn't been easy, but it was a day at the beach compared to the way the government had uprooted her life. Trevor appeared at a time when she needed his help--and he needed hers.

Trevor didn't believe in deception, unless it could save Casey, a woman he swore not to touch, to kiss, to love ...a woman his brother had married, and maligned. A woman who would have nothing to do with him, if she knew the truth.
Reviews from Goodreads.com