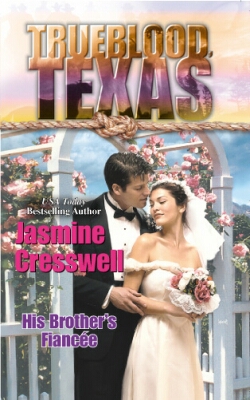 Isabella Trueblood made history reuniting people torn apart by war and an epidemic. Now, generations later, Lily and Dylan Garrett carry on her work with their agency, Finders Keepers. Circumstances may have changed, but the goal remains the same.

Emily Sutton is up to her ears in the final plans for her lavish society wedding when her fiance informs her that he can't marry her.

FOUND: A stand-in at the altar.

Her fiance's black sheep brother. Emily assumes Jordan Chambers has saved her from the embarrassment of being publicly jilted in order to salvage an important business merger between their families. But Jordan's not motivated by family at all. What he's always wanted is Emily, and he's not about to squander his only chance.
Reviews from Goodreads.com