His Bride to Be — Lisa Jackson 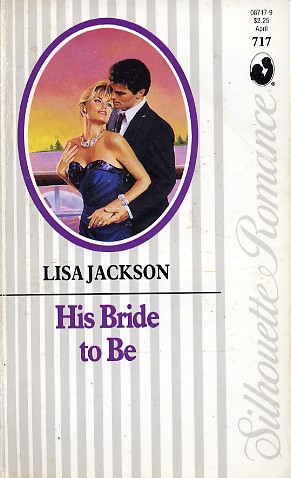 Hale Donovan had made it clear this two-week cruise on a private yacht was purely a business trip. Once his takeover deal was completed, he planned to go ashore and resume his normal life. The deal he had struck with Valerie Pryce would be over.

Valerie had known it was a mistake when she agreed to pose as Hale Donovan's fiancee. And no matter how hard it was to ignore her growing attraction to her dynamic, devastating boss, she had to remember that this was just a job.

But to Hale's surprise, putting the captivating Valerie out of his mind was proving much more difficult than he'd anticipated . . . and he couldn't resist the temptation to mix business with pleasure!