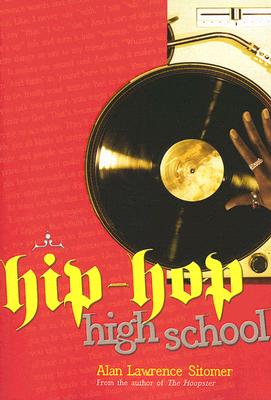 Theresa Anderson is smarter than anyone knows. But with the example of her superachiever older brother, Andre, towering above her, she hasn't even been trying. How can a girl compete against the family favorite, especially when he's a certified local hero? With her parents and her teachers always on her case, and her best friend dropped out of school, Theresa turns to hip-hop for comfort. Her favorite singers seem to understand her when no one else does.

Everything changes when a new man comes into Theresa's life: Devon, whose tough-guv reputation conceals a blazing ambition for academic success. Devon helps Theresa face up to her own talent and ambition, and together they set off on a three-year quest to beat the SAT and get into top colleges. But then Devon gets shot in a street fight, leaving Theresa with two piles of unfinished college applications her own and Dev's and time is running out. . . .

In this funny and inspiring sequel to The Hoopster, Andre Anderson's sister Theresa tells in her own hip-hop -- flava'd voice how she comes from behind to go up against one of the baddest monsters of high school--the SAT and wins.