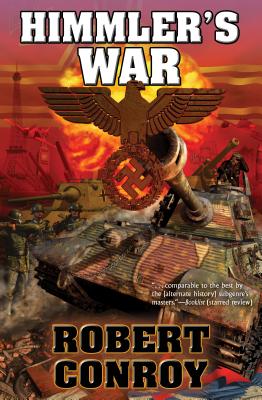 Share:
Only days after Normandy, Hitler is taken out of the equation and Heinrich Himmler, brutal head of the SS, assumes control of the Reich. On the Allied side, there is confusion. Should attempts be made to negotiate with the new government or should unconditional surrender still be the only option? With the specter of a German super-weapon moving closer to completion and the German generals finally allowed to fight the kind of war at which they are masters, the allies are pushed toward a course of accommodation or even defeat. Will the soldiers of the Grand Alliance find the courage and conviction to fight on in the face of such daunting odds? And can alliance leaders put into place a new plan in time to snatch victory from the jaws of defeat by the German war machine? A new and terrible battle for a free world is on.