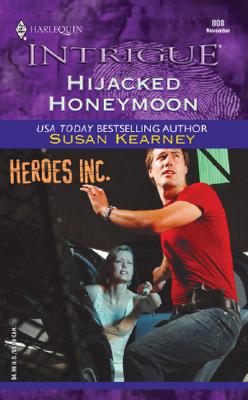 Kidnapping Kendall Davis less than an hour before she said "I do" wasn't special operative Web Garfield's idea of a manly mission. But his assignment was clear: safeguard the bride-to-be until the threat against her and the United States was put to rest. Keeping his hands off the vulnerable beauty was another matter altogether.

Kendall was supposed to be marrying her fiance, not running from him. But if Web was right, her espoused was more interested in her funeral than her wedding. Now she was on the run with a sexy, enigmatic agent whose touch made her question her true feelings. If she and Web survived, could a marriage be in her future after all?
Reviews from Goodreads.com