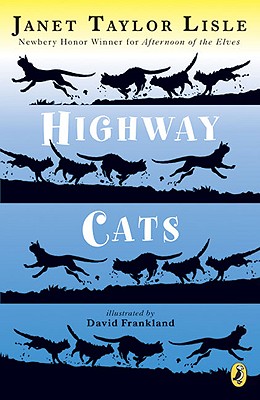 The cats holed up in Potter's woods are a tough bunch. Thrown out on the highway,
forced to fight for scraps, they're long past expecting any favors from the world. So when three tiny kittens arrive, miraculously escaping a deadly highway crossing, the cats take note. Who are the little survivors? How did they get so lucky?

"Something's watching out for them."

Khalia Koo, the wily Siamese cat who runs a rat farm in the woods, doesn't believe it. Neither does Jolly Roger, her yellow-fanged pal, or Murray the Claw, meanest of them all. But when bulldozers come to build a road through the cats' woods, the mystical kittens become a rallying point for action. 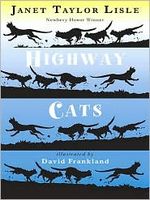