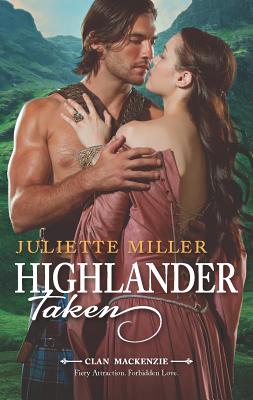 In the midst of a Clan divided, two unlikely allies must confront the passion that binds them…and the treachery that may part them forever

To secure her family's alliance with the powerful Clan Mackenzie, Stella Morrison has no choice but to wed the notorious Kade Mackenzie. Unable to ignore the whispers that surround him, she resigns herself to a marriage in name only. Yet as the fierce warrior strips away Stella's doubt one seductive touch at a time, burgeoning desire forces her to question all she holds as truth.

Leading a rebellious army should have been Kade's greatest challenge…but conquering the heart of his reluctant bride becomes an all-consuming need. Now more than ever, he's determined to find victory both on the battlefield and in the bedchamber. But the quest for triumph unleashes a dark threat, and this time, only love may prove stronger than danger.
Reviews from Goodreads.com