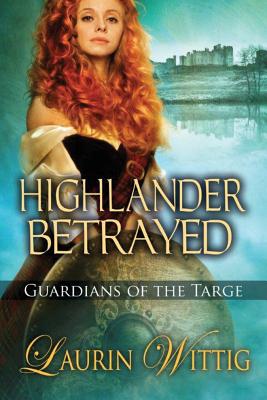 Hidden deep in the rugged Scottish Highlands lies the Highland Targe, an ancient relic guarded for centuries by clan MacAlpin. It is said the Targe can shield the heart of the Highlands from invaders and now, as part of his plan to crush the Scottish rebellion, the English king wants the Targe for himself...

Rowan MacGregor, orphaned niece to the chief of the MacAlpins and the rock her family depends upon, is worried. With the dwindling health of her aunt, the Guardian of the Targe, the protections that have kept the clan safe and prosperous are fading, and the new Guardian, one of her cousins, has yet to be chosen. Rowan wants nothing more than to see the clan protected again, but when it seems that will never happen, she despairs -- even when a handsome and charming stranger comes to her aid.

Nicholas fitz Hugh is not what he seems. Half-English, half-Scottish, he turned his back on his Scottish heritage early in his life, giving his loyalty to England instead. Now he is a talented and cunning spy charged with finding and stealing the Highland Targe for his king.

But when Nicholas finds himself falling for the bonny Rowan and wanting to protect the family she holds so dear, he is forced to choose between his king's will and his own: Will he betray his king and his mission? Or will he turn his back on the woman he has come to love?