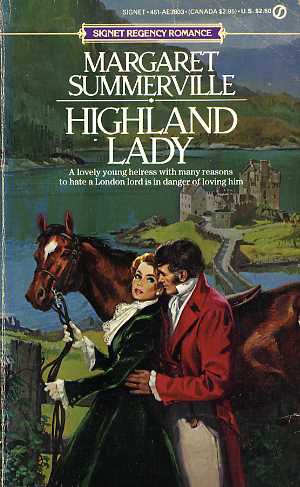 A lovely young heiress with many reasons to hate a London lord is in danger of loving him.

Beautiful young Lady Alison Murray was shocked to learn that the estate neighboring hers had been sold to a lord from distant London.

She was even more troubled when she saw the interloper--Robert Manville, Fifth Marquess of Ravenstoke, dressed in his elegant finery, with his flawless manners and sophisticated ways.

More disturbing still was the discovery that Ravenstoke was grandson to a brutal English general whose suppression of a highland rebellion made his name infamous amongst her family and people.

But most dismaying of all was the effect this handsome, high-handed lord had on her--as he like his ancestor began a campaign of conquest. But this time it was not of a proud land--but of Alison's suddenly treacherous heart....
Reviews from Goodreads.com